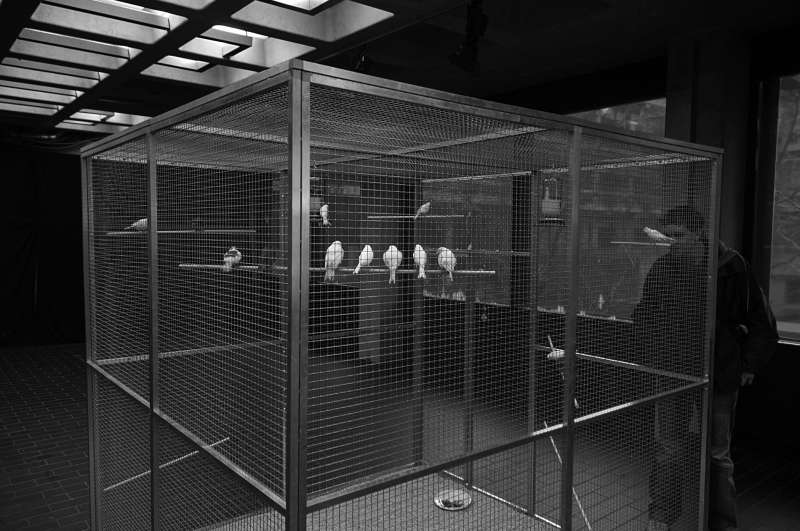 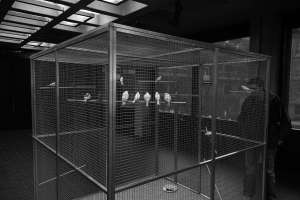 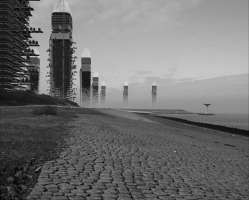 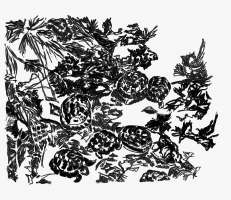 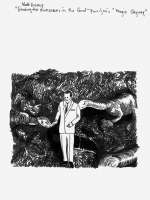 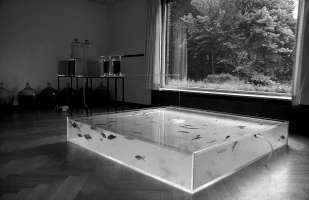 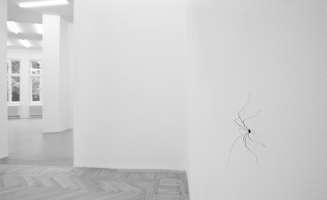 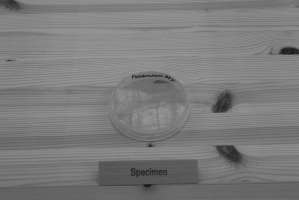 In 2005, Bik Van der Pol exhibited their piece Birds Must Be Eliminated [Bird Shot] in an exhibition space in the lobby of the main building on the VU University campus in Amsterdam. Birds Must Be Eliminated consists of a large cage with live birds, accompanied by a window covered with blue film and a quotation by Yves Klein in which the artist demands that all birds be shot so they can no longer pollute the boundless azure of the sky with their annoying presence. The piece, which was first realized in a simpler version in 2000 in New York (sans birds but with a gun leaning against the wall), refers to Yves Klein’s 1961 “Chelsea Hotel Manifesto.” In this text, Klein recalls lying on the beach as an adolescent, feeling “hatred for birds which flew back and forth across my blue, cloudless sky because they tried to bore holes in my greatest and most beautiful work.”