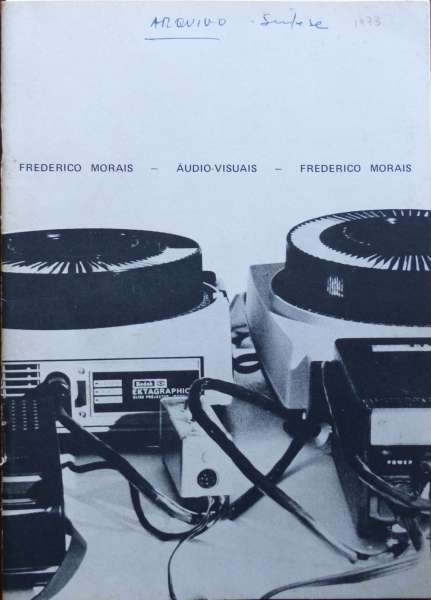 In the past three years, the audio-visual has emerged as a new reality in juried salons of contemporary art. The audio-visual was made possible by the introduction of the “Object” in the salon, and the consequent liberation of artists with respect to the traditional categories of art. I introduced the Object as a category of submission to the salon in 1967, as an organizer of the IV Salão de Arte Moderna do Distrito Federal. Of course, the Object is not a new category that exists alongside painting, drawing, engraving, or sculpture. It is rather a negation of these categories. Nevertheless, my aim was to call attention to this new field of action. If, as [André] Breton has said, the role of the artist is to break the routine of quotidian life, the Object fulfilled a similar role within the salon by disarranging it. At the time, I understood the Object as more than an object, more than a three-dimensional thing that occupies a specific place. For me, the Object could be an event, a situation, a concept, an action, or a mode of behavior. With the development of postmodern art, the Object would receive new names: conceptual art, “body” art, “povera” art, “land” art, or simply activity.