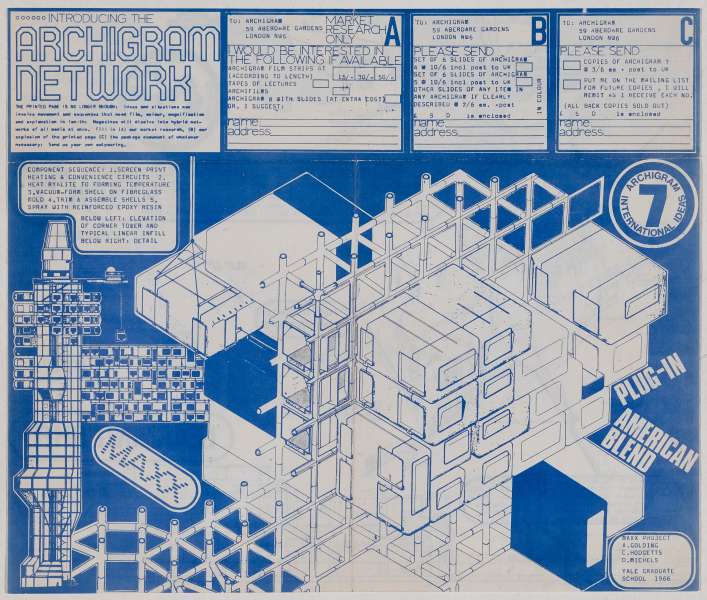 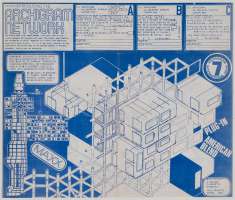 In late 1966, several hundred subscribers of the London magazine Archigram received a packet of drawings in the mail. Among these was the Maxx Housingdrawing, a large view rendered in axonometric projection and printed in starkblue ink. The drawing did not endeavor to communicate the appearance of a finished building or convey the fixed spatial relations of a plan. Rather, it sought toenvision the emblematic moment of a process: the delivery of a dwelling unitswung into place by crane to join others already slotted variously into the frame.Infusing the commanding isometric projection often favored in the period’s engineering drawings with a set of instructions so beguilingly simple they might havecome from a hobby model kit, the pseudotechnical document aimed to reimagineprinciples of lightweight, industrialized assembly such that they might be reconfigured to serve the flexible, indeterminate, and expendable ethos that circulatedas “plug-in” architecture during these years. Signed by Arthur Golding, Craig Hodgetts, and Doug Michels, three students in James Stirling’s housing studio atYale University’s School of Architecture, this “American blend” of the plug-in concept was evidently inspired by earlier issues of Archigram, and its makers sent the drawing in a spirit of homage to the group’s London address.