From Collective Creation to Creating Collectives: Arte programmata and the Open Work, 1962 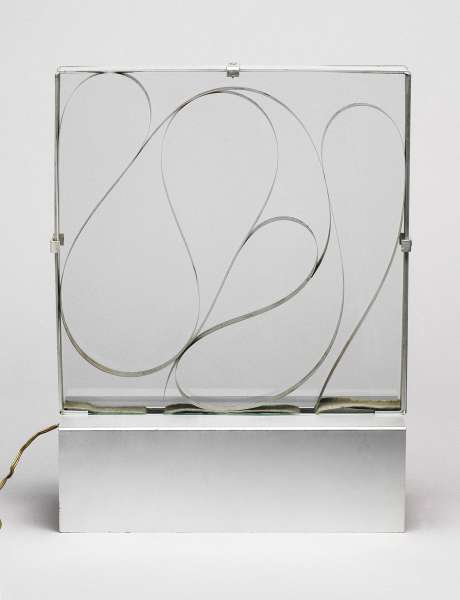 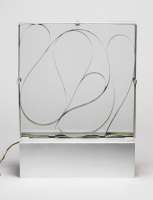 When the 1962 exhibition* Arte programmata: Arte cinetica, opere moltiplicate,opera aperta* (Programmed art: Kinetic art, multiple works, open work) opened at the Olivetti Showroom in Milan, it might not have been immediately apparent what a room filled with mesmerizing kinetic sculptures and optically stimulating assemblages had to do with a company dedicated to electronics and communications technologies. None of the artworks used computers, typewriters, or calculators as a medium, nor did this dizzying array of plastic and metal abstractassemblages seem to offer practical design possibilities for future Olivetti products. Yet the structural and conceptual foundations of computers, Olivetti’s mostrecent interest and investment, were everywhere. Key features of the computer—the delegation of creative tasks to automated mechanisms and the communication between human beings and machines—simultaneously constituted how the works were made and what spectators were asked to observe in action. Gruppo T member Gianni Colombo’s Strutturazione fluida (Fluid structure,1960), forexample, was a transparent box containing a clear plastic ribbon that, thanks to a motorized pulley hidden in the base, appeared to snake itself in and around the frame. Gruppo N’s Rilievo ottico-dinamico (Optico-dynamic relief, 1962) was a white square pierced with rotatable metal rods, organized into a grid that viewers were invited to twist into new configurations. And in the collective’s Interferenza geometrica (Geometric interference, 1962), five sliding panels, adorned with astack of either horizontal, vertical, or diagonally dashed lines, enabled the audience to create unique designs from the work’s constituent parts. The idea of “programming” underlying Arte programmata therefore condensed complex and seemingly competing notions such as algorithmic functions, stochastic processes, and Kurt Gödel’s incompleteness theorem into a single operating principle: A simple, logical structure can generate an unforeseeable number of possible forms.