Watery Milieus: Marine Biology, Aquariums, and the Limits of Ecological Knowledge circa 1900 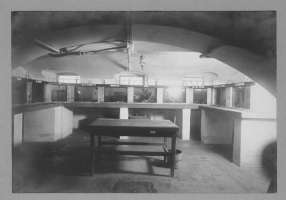 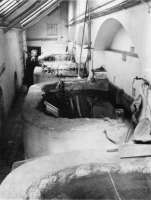 In 1980, when Konrad Lorenz was asked on the occasion of an award ceremony to look back on his career and reflect on what had most influenced his research, he singled out neither a particular theoretical perspective nor a methodological approach, but instead spoke about the material culture of his studies. It was the aquarium that had made the pursuit of environmental science seem necessary, as if the problem had been “right in front of his nose.” For an aquarium was, according to Lorenz, not simply a neutral container that held one or more animals but rather a vessel that inspired one to direct attention at the “whole.” “The great educational importance of the aquarium for any biologist lies in the fact,” the behavioral scientist underscored in his speech, “that you have before yourself an ecosystem that either prospers as a whole, or the fish that you want to study scientifically will be lost.” The glass tank compelled biologists toward “ecosystem research [Ökosystemforschung].”

The fact that Lorenz understood the aquarium as a material inspiration for the emergence of the study of surroundings (Umgebungswissen) toward the end of the twentieth century is not mere biographical happenstance. Rather, this idea must be understood within a tradition with deep historical roots—a tradition that assigns crucial importance to the aquarium as a reference point for biological thought and ecological theory.